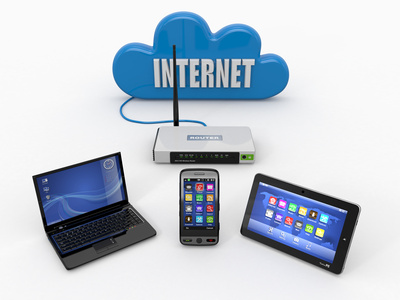 Sensible Cyber Parenting always recommends starting home online protection with the router as the best practice, first-line defense. (see Router-based parental controls post and our Getting Started page) Sadly, however it is impossible to use OpenDNS (or other router-based parental controls) if you have AT&T U-verse without adding an additional router which involves putting the U-verse router into “bridge mode”. With the […] Read more

October 2018: The post below was from June of 2016. Mobicip has recently produced a more comprehensive parental control product which I am in the process of evaluating and I will update the SCP Mobicip information accordingly. For the most current information on their product you will want to visit www.mobicip.com.  As you can imagine, my kids have put up with […] Read more

Parenting in a Pornified Culture by RecoveryTV

I recently had the privilege of joining licensed therapists, Joshua Nichols and Carrie Kyger for an episode of RecoveryTV, their YouTube channel. We discussed the difficulty of parenting in today’s culture and what concerned parents need to do to protect their children. I met Joshua several years ago at an event aiming to shine the light on the dangers of pornography. […] Read more

With all of the discussion of sexual abuse going on this week surrounding the supreme court nomination, it seemed like a good week to post about the topic as it relates to protecting children online. Sadly, in most of the discussions and #MeToo appeals about sexual abuse very few people ever bring up the role that pornography plays in the sexual […] Read more

Netgear Does It Again!

Netgear was one of the first router manufacturers to incorporate parental controls into their routers. Some of these attempts have been more successful than others, but I applaud their efforts and commitment to keep families safe. Their latest partnership with Circle (detailed SCP post on Circle ) is their most promising effort to date in my opinion. As of now the […] Read more

The management and control that has been available for corporate networks for years is finally available to families in a simple and user-friendly product called Circle. Computer geeks with really deep pockets could subscribe to products for their home that offered the technology that corporations have been using, but that wasn’t feasible for most people. There have been a few […] Read more

Filed in : Parenting in the Digital World

The article linked below from Real Simple online, shares the tragic stories from several families. The stories differ in the details, but there is a common factor, technology. These stories reveal the difficulties parents face and the need for them to appropriately respond to the impact that technology can have on their children. If they don’t, the consequences can be […] Read more

You Can Do It If You Really Want To

Filed in : Parental Controls, Parenting in the Digital World

When one of my sons was 5 years old he was diagnosed with a  neurological issue that was causing issues with his spine. God was gracious to us, and after two successful surgeries the problem was corrected. It’s been about fifteen years since we received that diagnosis. It was called a Chiari  Malformation. We were clueless about and had not […] Read more