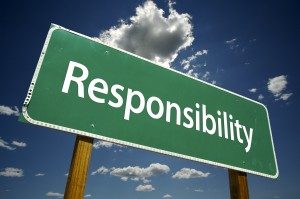 In a recent article at Amplify, Alon Schwartz (CEO and co-founder of UnGlue) claims that the concept of parental controls is “the biggest parenting mistake in modern history”. As a big proponent of parental control products, I have to take serious issue with his claim. The point he is trying to make is that parental controls do not allow the kids enough of the decision making about their internet use to develop healthy technology habits. I understand that aspect of it, and that he is trying to promote his “NOT-parent controls” product which mainly deals with screen time. But, to make it seem like the use of parental controls is a mistake doesn’t help parents who are trying to navigate this difficult landscape. Parents have a hard enough time protecting their kids online access as it is. Sadly, many just throw up their hands and don’t do anything.

Consider that 1 in 10 visitors to pornography sites are under 10 years old. The statistics of porn use by kids under 18 are staggering and growing every year. The results are heartbreaking as documented by Fight The New Drug: “…we’ve seen in countless personal accounts, that first exposure to pornography on a young, developing brain can lead to a lifelong addiction.” This infographic from the same organization explains the addictive nature of pornography. I’ve listed more in a previous post about the harmful effects of pornography.  Just some of the results of pornography addiction are: broken marriages/relationships, sexual abuse, job loss and erectile or other sexual dysfunction. I am genuinely afraid about how great a percentage of the next generation of adults will be addicted to pornography because of exposure when they were younger.

I do not accept the concept of simply teaching them to make “healthy choices” when it comes to avoiding pornography. They are not mentally equipped. Would you leave a gun or drugs out where kids could get to them and hope they make the right decision? Curious kids may go looking for it but pornographers set traps for them to stumble on it accidentally, which is how the majority of kids are first exposed. It is important to note that teaching a child the proper response to pornography is a very important aspect of protecting them if they are accidentally exposed to it as highlighted in this other post.

This dangerous and serious threat to kids is easily available on most of the screens they use if they are not protected. So, my absolute priority is protecting kids’ devices from pornography. That’s the first thing I think of when “parental controls” are mentioned. There are other serious threats like sexting and the dangerous situations from social media. Screen-time is pretty low on the threat list for me. Yes, there are many kids who have issues with the number of hours they spend in front of a screen and that can certainly have adverse affects as well, but not nearly to the same degree.

Is there harm in an app that lets a parent turn off internet access when they’ve called the family to dinner twice without a response? I don’t think so. The unGlue product that Mr. Schwartz is behind, puts kids in charge of the use of the time limits that you set for them and that’s great. When my kids were little, before these type of applications were available, I gave my kids “screen time” coupons each week. When they were gone, that was it. In some cases they could earn more or they could lose them as a consequence for poor behavior.

As parents, it is our responsibility to control children while we teach them to control themselves. Hopefully, parents control a kid who is screaming in a restaurant by removing them. They may control one who hits another child with discipline of some kind. They may control teenager by imposing a curfew. Control as a parent should mean setting limits. As they grow and mature, we turn more and more control over to them so that by the time they leave the nest they can, hopefully, control themselves. The process is the same with parental control products. The best ones offer solid protection and features that allow parents to teach responsible technology usage in a way that grows with the child’s maturity level.

The internet risks being what they are and the small percentage of parents who are willing to do what is necessary to protect their kids internet content, cause me to take issue with bashing the concept of parental controls. Concerned companies should be promoting the protection of kids from internet dangers. The biggest parenting mistake in modern history is not parents trying to control what their kids are exposed to on the internet, it’s NOT doing it. 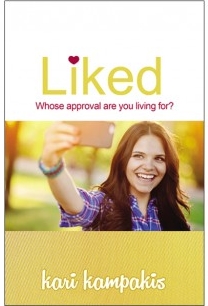