What Parents Need to Know about Pokemon Go 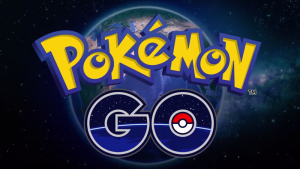 Since its Thursday release, Pokemon go has taken the world, and its inhabitants of all ages, by storm. This new sensation has boosted Nintendo’s market value by over $9 billion so far and led to some unbelievable news stories from CNN along the way.

The smart phone app successfully promotes outdoor activity in a way that gaming never has before. In some ways, Pokemon Go is like a geocaching game for all ages. A map in the game displays your proximity to a pokemon and reports if you are getting hotter or colder in relation to the pokemon. There are also real life monuments in and around cities that are used as “Pokestops” and “Gyms” within the game that the player can interact with to battle trainers or collect items.

Pokemon Go is not a game you can play sitting around at home. You can catch the occasional pokemon from your home depending on how populated the area around your home is, but for the most part it is difficult to catch anything without being out and about.

Running errands with a parent could now be a desirable thing to do! Walking around the neighborhood may not reveal many different types of pokemon because there are more pokemon in more heavily trafficked areas. It is much easier to “catch ’em all” from the backseat of a car, inside of the local Wal-Mart or at the local park.

If you feel like giving the game a shot and playing with your kids, the game can be fun for the whole family! Although there is currently no trading, friends can still interact together within the game. When a player achieves level 5 and goes to a “gym”, they are asked to join either red, blue, or yellow team. If you play on the same team as your friends or family, you can take down a gym together if you all attack it at the same time. Even if you’re not on the same team, you can still roam around together catching pokemon. If a certain pokemon (for example, a pikachu) happens to be at a certain location in your game, that pikachu will be at the same location in every player’s game, so you can all catch it!

Kids can be tempted to keep going just a little bit further to catch a rare pokemon, and can become lost or wander into an area that is off limits. Make sure to set clearly defined boundaries for your child, and consider tracking their phone while they play the game using “Find Friends” or “Family Sharing“.
People can place “lure modules” on top of a “Pokestop” (a public landmark such as a park, notable neighborhood entrance, statue, or monument) within the game that will attract lots of pokemon for the next half hour. As this TechCrunch article depicts, lures have already been used for nefarious purposes like robberies. Although a lure module can’t be placed on your home, the location of these lures shows up on the map of other players, and often results in a conglomerate of people at the location of these lure modules. The game is extremely popular with young adults from ages 16-25, and since they can drive, they often turn up where the lure modules are placed. “Lure modules” are not to be confused with “Incense” which attract pokemon to the player rather than a location, and do not show up on the map of other players, therefore posing no threat to your child or your privacy.

If you have a teen who drives, make sure they don’t play the game while doing so. This is of equal or greater danger to texting while driving. In response, police departments and municipalities across the country are already warning of distracted driving due to Pokemon Go.

#GottaCatchEmAll? We came up with a few basic #PokemonGo tips to keep you safe on your adventures! pic.twitter.com/OsDhivAjdd

Catching Pokemon while driving equals distracted driving. Please don’t have an accident or get yourself pulled over. pic.twitter.com/hAR2zeWbAO

If they choose to play the game while on the road, it is important that they either have a passenger to manage their phone for them, or they strictly use their car as a means to travel to different locations and park before playing.

There are currently no filters on what you can name your pokemon. That means if someone feels like naming their pokemon something nasty, your child could see it if they attempt to overtake a gym held by that pokemon.

If privacy is of importance to you, check out this article from the Verge on Pokemon go’s information collection. http://www.theverge.com/2016/7/11/12150468/pokemon-go-privacy-full-account-access-permission

Liz Wann’s Letter to Her Sons About Pornography 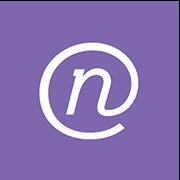